Red76 is an artist collaborative who’s projects are most often (though not always) initiated, curated and edited by Sam Gould. The content of these projects are developed by an international network of artists, writers, educators, musicians and friends including among many others Sam Gould, Dan S. Wang, Ola Stahl, Zeffrey Throwell, Mike Wolf, Aaron Hughes, Stephen Duncombe, and Robby Herbst, as well as dozens of other contributors and thousands of participants, readers and viewers. Gabriel Saloman has been a collaborator with Red76 since 2002’s International Arts Exhibition. He has participated in large and small ways in nearly all Red76 initiatives since then and has been a part of the development and enactment of several of Red76’s major projects in partnership with Sam Gould.

This Is An (A) Front: A Covert Education

For the second edition of THIS IS AN (A) FRONT the group presents Thumbs Up! a “used mp3” store located in Vancouver, Canada’s Chinatown. On this occasion the front reveals itself almost as a series of skins, each with its own considerations and means of interaction: first, the entrance of UNIT/PITT will be walled off, converted into a makeshift but functional lobby/convenience store; behind this façade lies Thumbs Up!, a shop that sells music distributed on thumb drives; and third, Thumbs Up! has its very own internet radio station, Power 2012. The station plays tracks from the stores stock, each broadcast – through music, interviews, conversations, and readings – relating to our daily relationship to power, macro to micro, from individual to State and back again.

This Is An (A) Front: Henry

“This Is An (A) Front invites conversations on how we recognize and engage power in our lives; from parents and lovers to thugs and the State alike.Where does power reside? What do we do when confronted by power? How do we react? Do we address these inequities directly or retreat? Is retreating running away, or could we consider new spaces and relationships, autonomous zones, in which to realize a more equitable way to coexist?”
This project is a part of the smARTpower program, an initiative of the U.S. Department of State’s Bureau of Educational and Cultural Affairs that is administered by the Bronx Museum of the Arts in association with Stacion Center for Contemporary Art, Pristina, Kosovo. Further iterations of this project will manifest at Unit/Pitt in Vancouver, in association with the Institutions By Artists Conference; and the New School, NY.
smART power | Stacion | New School NY

Red76 will be participating in Manifesta 8 in the Region of Murcia, Spain, as part of ACAF’s curatorial contribution. Fellow Travelers explores the intersection of Solidarity and Indecipherability. Various friends and peers will be traveling to Murcia throughout Manifesta 8 to meet with kindred persons from the region, exchange conversations and a unique artist book, and to document their experience. Red76  also took part in ACAF’s Backbench symposium which took place in Murcia during June 2010, the documentation of which will be transformed into a major installation by Ergin Cavusoglu. As a response to Manifesta, Saloman has written an essay entitled “Only 1017 Days Left, Give or Take” to be published as part of Fellow Travelers, in print and on the web.
Links:
Fellow Travelers | Manifesta 8 | Backbench | Only 1017 Days Left, Give or Take |

Red76 were invited to be artists-in-residence at The Walker Art Center in Minneapolis, MN during July and August of 2010. As part of the WAC’s Open Field initiative, Red76 reprised its Surplus Seminar including the Anywhere/Anyplace Academy, Pop-Up Book Academy, The YouTube School for Social Politics and introducing the House Show as School House. Surplus Seminar #2 furthers Red76’s inquiry into non-hierarchical and experimental pedagogy.
Links:

Curated by CCA’s Graduate Class in Curatorial Studies, Red76 participated in “We Have As Much Time As It Takes”, a group show at The CCA Wattis Institute for Contemporary Art in San Francicso, CA. For “WHAMTAIT” Red76 proposed a short series of Pop-Up Book Academy events, but expanded upon them with a new issue of the Journal of Radical Shimming and a special museological exhibition of counter-cultural ephemera. All of these in some way explored a notion of Counter-culture as Pedagogy.
Links:

In October of 2009 Red76 conducted a one month residency at the Columbus College of Art and Design in Columbus, Ohio as part of the Bureau For Open Culture’s Decent to Revolution exhibition. Curated by Jim Voorhies, Decent to Revolution stepped out of the Bureau’s home in the Canzani Gallery and into various public spaces in downtown Columbus, including an abandoned storefront. Red76 enacted their first iteration of Surplus Seminar, hosting several experimental pedagogical “classrooms” including Anywhere/Anyplace Academy, The YouTube School for Social Politics, TMF Co, Pop-up Book Academy, and Levine’s Market and Meeting House.

Red76 took part in Creative Time’s year-long program Democracy in America: The National Campaign which culminated in the “Convergence Center”: a major exhibition, participatory project space, and meeting hall mounted in New York City’s Park Avenue Armory. The Convergence Center at Park Avenue Armory provided an activated space to reflect on and perform democracy, and was punctuated by speeches by leading political thinkers as well as community leaders and activists throughout the run of its program. Red76 inhabited the former officer’s lounge presenting their Battery Republic initiative. A consideration of the Tavern as a location for revolutionary dialogue, Red76 curated a series of informal lunch time conversations and evening presentations by artists, historians, activists, dancers, musicians and writers. Two issues of the Journal of Radical Shimming were produced to bookend these events. Creative Migration has produced a documentary of Red76 and the Battery Republic.

Second Home was a communal land project within the realm of Second Life. Inspired by and at times replicating a real and highly successful anarchist community called Home, WA from the Puget Sound of the Pacific Northwest (c. 1890-1920), Second Home offered free access to territory within Second Life to anyone agreeing to a basic set of conditions. Additionally there were existing buildings: Liberty Hall, intended to be freely used for meetings; A Treehouse with information on the history of Home, Wa; and a printing press which would publish to a connected blogsite. Second Home represented an attempt to aggregate years of research into Home’s little known history, and to intervene with the primarily capitalist and property centered norms of this highly inhabited virtual world. 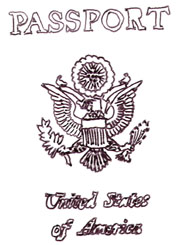