On May 1, 2012, anarchists and other anti-captialist, anti-racist and queer activists took to the streets of Seattle attacking corporate property and vandalizing the courthouse building in a wild and uncontrollable display of resistance and resentment. In the months that followed a federal grand jury investigation led to the harassment and arrest of dozens of anarchists in the Pacific Northwest. Several were forced into prison in an attempt to coerce them into collaborating with the state. Most of them refused and became celebrated internationally as “the Silent Ones.”

Songs for Silence are a collection of artworks made during this time that reflect on the difficulty of articulating anger at the police; the violence of the grand jury system, the police and imprisonment; the visual cultures of protest and the ways in which the police attempt to respond by their own “exhibitions” of evidence.

Landlines (Terminus) is an aggregate of research on the TransMountain Pipeline (TMP) conducted between 2013-2014 in preparation for The People’s Procession Against the Pipeline (2014), a performative walk that traced the existing and proposed pipeline route through Burnaby, BC. Where as this “mapping procession” attempted to make more visible the social and material space that would be directly affected by the TMP through embodiment and realism, Landlines (Terminus) attempts to accomplish a similar effect through abstraction. The over-sized and precarious work has as its central feature a copper pipe functioning as a map of the TMP, marked in various colors according to the points where the pipeline crosses cities, infrastructure, waterways, public parkland and indigenous territory. At the base of the pipe is a container of earth taken from the site of the pipeline’s terminus near Burnaby Mountain (a reference to Robert Smithson’s concept of nonsites) pointing to the tensions of displacement inherent in both map making and exhibition making. Whether talking about place, about land, about social politics, about sovereignty, or about the very real material consequences of such projects, “what you’re really talking about within a nonsite is the absence of the site… it is a contraction rather than an expansion of scale.” – Robert Smithson.

Links: Through A Window exhibition |

The People’s Procession Against the Pipelines (2014)

In collaboration with B.R.O.K.E. (Burnaby Residents Opposing Kinder-Morgan Expansion), Unitt/Pitt Projects, curator Marian Bourcheix-Laporte and many others, The People’s Procession was a spatial mapping of the existing and proposed Trans-Mountain Pipeline running through Burnaby, BC which ships diluted bitumen from the Tar Sands in Northern Alberta to the Burrard Inlet on BC’s coast. Creating a map through the movement of bodies in space, the People’s Procession served as a means of raising awareness of the pipeline, its social history, environmental impact and relationship to democracy and indigenous self-determination. Not only did it produce a performative event that helped cohere a political body amongst local communities, the collaboration of musicians, poets, dancers, comedians, artists, politicians and activists demonstrated other modalities of protest and action. The People’s Procession was produced as part of Collective Walks/Spaces of Contestation, an exhibition at Unit/Pitt Projects in Vancouver, BC.

A series of photos depicting landscapes whose boundaries and form are shaped by oil and gas infrastructure. Landmarks takes the form of a web archive and photo installation, the latter approximating the dimensions of markers depicted within some photos which indicate the presence of an underground pipeline in urban areas.

“To look: at everything which overflows the outline, the contour, the category, the name of what it is” – John Berger

In reflecting on John Berger’s classic book of art criticism, an argument can be made that our contemporary “way of seeing” is through surveillance. Thus not only are we surveilled but we are ourselves the ones constantly conducting surveillance. In this way we are participating in a synopticon – the many watching the few – and it is under these conditions that we now encounter and produce art. 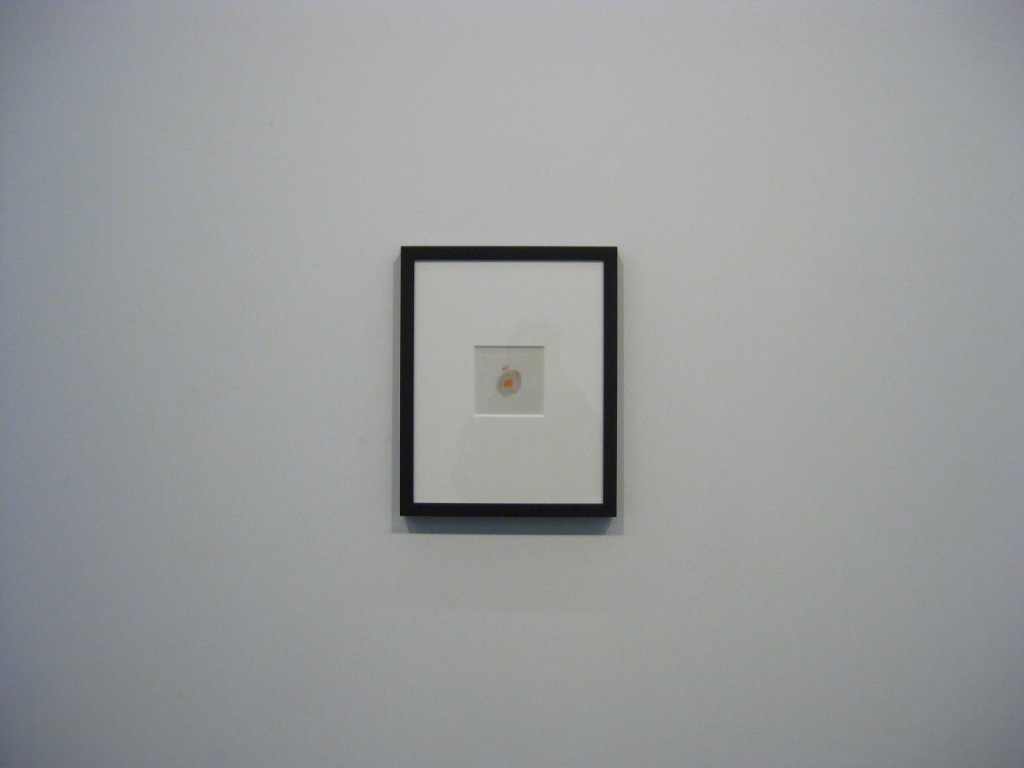 A pencil crayon rubbing reveals the impression of a toll free number. Calling the number triggers a 2 minute audio message featuring a variety of incidental phone noises and a recording of installation of the exhibition, recorded from the place where the listener is now standing.

Contingent Sculpture refers to a theory of sculptural intervention into space, an essay explicating that theory, and a series of workshops that explore these ideas through didactic and participatory means. The first iteration of the Contingent Sculpture Workshop was held over several months in 2013 and engaged a material practice of student activism through the lens of artistic theory. These workshops considered how protest creates images and what artists can contribute to a theorization of that process. In addition to its pedagogical intent, it was hoped that this workshop might support the further development of a student movement at a time of relative inactivity. 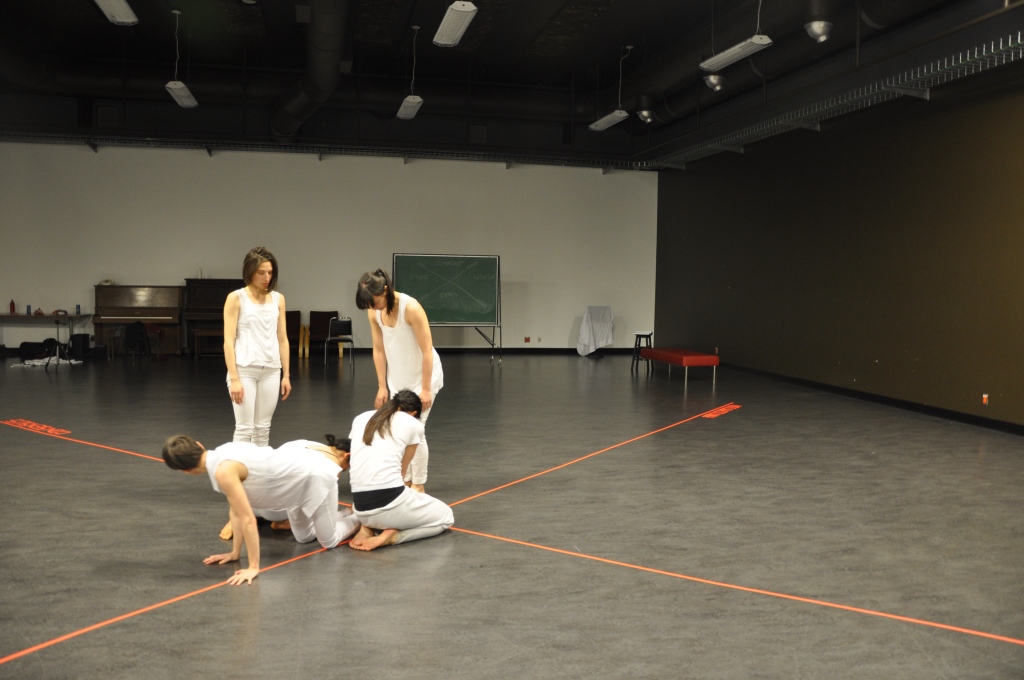 The Axis of Agency Workshop initially invited professionally trained dancers to explore a theory of political agency mapped onto the floor in a Cartesian graph. This graph functioned dually as a visual representation of a theory and as a piece of choreography. This workshop was also offered to a general audience that was likewise invited to engage the theory through ebodiment and relational movement. When installed in a gallery, The Axis of Agency features the map on the gallery floor and a 2-channel video installation featuring movement and text culled from the original workshop and accompanied by an original sound-score.

Beginning in the spring of 2012 Red76 initiated THIS IS AN (A) FRONT, first with a series of projects feeding into an “American-style Pizzeria” established in Pristina, Kosovo, called Henry. This action, funded by the US State Department, served as a means towards discussing the relative power we hold over one another, as well as more obtusely the power held in relation to the ways and means in which the action itself was initiated to begin with and its associations vis a vis The State. How do we self-regulate when “our very existence” is determined through the auspices of governmental power?

For the second edition of THIS IS AN (A) FRONT the group presents Thumbs Up! a “used mp3” store located at Unit/Pitt, in Vancouver, Canada’s Chinatown. On this occasion the front reveals itself almost as a series of skins, each with its own considerations and means of interaction: first, the entrance will be walled off, converted into a makeshift but functional lobby/convenience store; behind this façade lies Thumbs Up!, a shop that sells music distributed on thumb drives; and third, Thumbs Up! has its very own internet radio station, Power 2012. The station plays tracks from the stores stock, each broadcast – through music, interviews, conversations, and readings – relating to our daily relationship to power, macro to micro, from individual to State and back again.

Songs for Sick Buildings is an anthology of field recordings of people singing in public to buildings and landmarks that in some way are in need of healing. Some of these places are old and neglected, others haunted by troubled histories or troubling residents. Each person or group who offered to perform this healing act chose their song and their location.

For residents of cities, the fabric of our everyday lives is formed by the architecture that surrounds us. How can we move beyond alienation and isolation and see the City as a place alive with history and presence. Songs for Sick Buildings is not only an invitation to these artists to reclaim their public space with the power of their voices, but to everyone, everywhere.

Links:  Songs for Sick Buildings | Songs for the City (exhibition)

A sound work that includes video and text, Olympic Bardo considers the uncanny similarity between the found sound of the city of Vancouver, BC during the minutes immediately before and after Team Canada won the gold medal in Ice Hockey during the 2010 Winter Olympics and the deep and massive drones of Tibetan horns calling monks to meditation. It asks the question of what we should make of things were this NOT a coincidence but in fact an event precipitated by the riots in Tibet and its occupied territories in China, riots which have found their mimesis in the streets of Vancouver during and after the Winter Olympics, as well as London, the host of 2012’s Summer Olympics. Olympic Bardo proposes that what we are hearing is the sound of the invitation to an emanation of Kali, a goddess of destruction and transformation who’s work seems to be playing out all over the world in unexpected ways.

Part of the Communist Manifestation.

Taking as its inspiration Slavoj Žižek’s October 9, 2011 speech at Zuccotti Park in New York and the “people’s mic” whcih broadcasted it to those who were at Occupy Wall Street’s open forum, Songs for Žižek imagines his words as a spell attempting to lift a curse. Equal parts score, instructional, concrete poetry and participatory artwork, it is also an easily reproducible and distributable text which can be printed, posted and plastered where ever it is needed.

Part of the Communist Manifestation.

A semi-public, semi-private lending and reference library run out of the Strathcona home of Aja Rose Bond and Gabriel Saloman. The STAG Library (est. 2012) contains a variety of printed matter and audio available for lending and reference, including thousands of books, magazines, zines, comics, pdfs, cassettes, cds and vinyl records. The library maintains regular open hours on Sundays from noon to five and hosts occasional events each month.

The STAG also offers a publication residency to facilitate research, composition and development of printed matter by artists, writers and others.

The STAG (The Strathcona Art Gallery)

The Strathcona Art Gallery (STAG) is a Project Space, Gallery and Residency in the Vancouver, BC home of Aja Rose Bond & Gabriel Saloman. As an experimental Micro-Gallery, The STAG is devoted to informality, community, social activity and big ideas in small places.
Links:

Red76 will be participating in Manifesta 8 in the Region of Murcia, Spain, as part of ACAF’s curatorial contribution. Fellow Travelers explores the intersection of Solidarity and Indecipherability, looking at the politics of translation, inter-cultural exchange, and the artist’s role in the socio-political dynamic of biennials. Various friends and peers will be traveling to Murcia throughout Manifesta 8 to meet with kindred persons from the region, exchange conversations and a unique artist book, and to document their experience. Red76  also took part in ACAF’s Backbench symposium which took place in Murcia during June 2010, the documentation of which will be transformed into a major installation by Ergin Cavusoglu. As a response to Manifesta, Saloman has written an essay entitled “Only 1017 Days Left, Give or Take” to be published as part of Fellow Travelers, in print and on the web.
Links:
Fellow Travelers | Manifesta 8 | Backbench | 1017 Days Left, Give or Take |